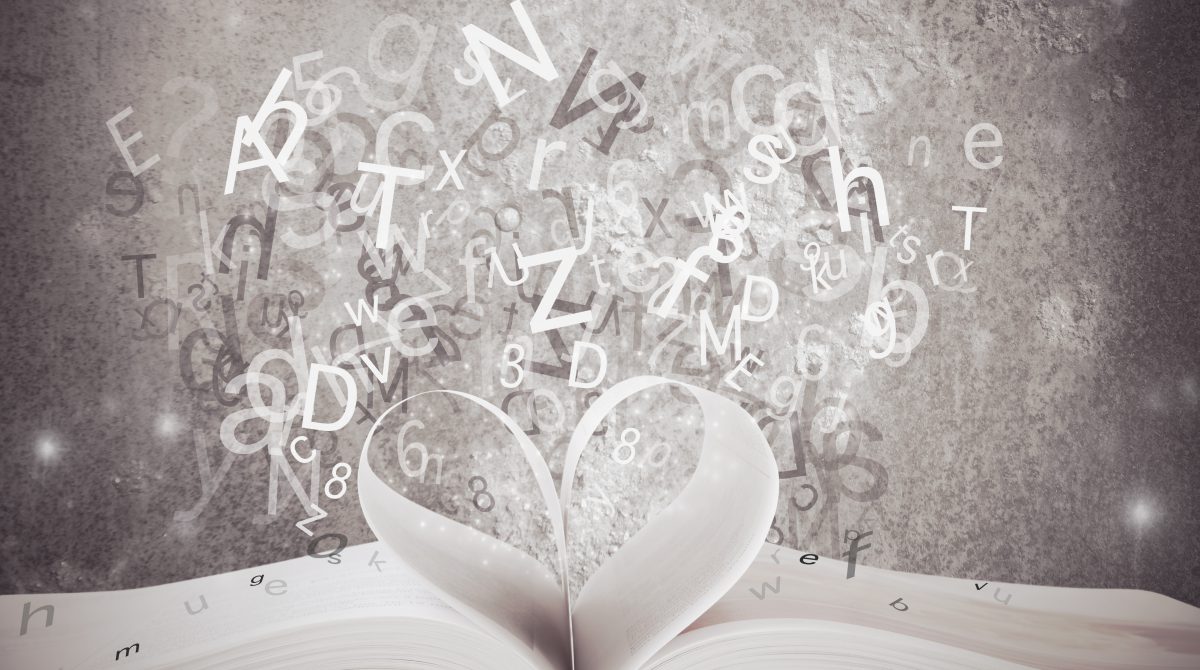 A cautionary tale illustrating how only nine words limited my mother’s whole life, quoted from a phone call I had with her when she was 100 years old.

As educators, therapists, and coaches it can be easy to minimize the power of our words on someone else’s life. Interpersonal neurobiology is showing us why our words are so important, how they influence others’ lives, and what can be done about it.

Here is my mother’s story:

“When I went to kindergarten I used to love to wear my red midi. I was so happy when I wore it. I remember one day, I think maybe there was a new kid in the class – not sure – but the teacher needed to fix some of the desks.

Do you remember those old desks that were bolted to the floor and you had to adjust them by unscrewing some bolts so kids of different sizes could fit?

My teacher asked me to come to her desk and told me to go up to the eighth grade and say: “Please send some boys to help fix the desks.” I still remember those words, because she said I must use them exactly as she told me.

I felt so important and proud, as I walked to the eighth grade. I was wearing my red midi, plus I got to go to the older kids’ class on an important errand. I hurried up to the eighth grade. I was a bit nervous as I knocked on the classroom door. The teacher motioned for me to come in and I quietly went up to her and softly repeated the exact words I was told to say: “Please send some boys to help fix the desks.”

The problem was I had a very pronounced lisp at the time, so you can imagine what it sounded like.

“The teacher then turned to the whole class and loudly repeated exactly what I had said – mimicking my lisp.”

All the big kids laughed at me. I got as red as my midi.

When I went home and told my mother – who was recovering from typhoid at the time – she was really angry. I don’t know if she spoke to the teacher or not, but I do know she tried to fix my lisp by drilling me over-and-over again with lists of words that began with the letter s: “Sally sat by the sea shore sifting sea shells.”

“That time in Kindergarten affected my whole life – it was always in the back of my brain.”

I was active on the Public Health Board in our town. They really wanted me to be chairman. I resigned before they could appoint me, because I was afraid of the public speaking that would come with the job. Later, others wanted me to be Vice Chairman of the Republican Party in town, and I backed down for the same reason. I said – no thanks – because I couldn’t face the public speaking. Even back in grammar school I was on the swimming team and backed down when they wanted me to be captain. Same thing in high school with cheerleading, I could not face speaking in public, because of what that teacher did. I did fine door-to-door canvassing for Taft to try to get him elected, but I could not face the public speaking – because of what happened with that teacher.”

95 years after it happened that 9 word sentence still haunted her.

How could it be that a brief experience and a short sentence, from 1920, seem so present in 2015 and limit someone’s whole life?

Here is a critical point – this is not pathology – it is the brain doing what it is supposed to do.

As neuroscience begins to inform the fields of education and psychology it is showing us how the brain, functioning perfectly, can have a negative influence on us. It is also showing us what we can do about it.

We know from the research that the older parts of the brain try to protect us by attending to and remembering negative events (Porges 2017, Siegel 2012). Many believe that the brain evolved to attend to and remember negative events in order to teach us to be alert to possible future threats (Cozolino 2013). For example, it is plausible that prehistoric humans were able to survive because their brains evolved to remember where they experienced the fear of meeting a predator and then avoided that spot. Once rudimentary language developed they probably described it to others who also remembered the story and avoided the predator, leading to the survival of Homo Sapiens. 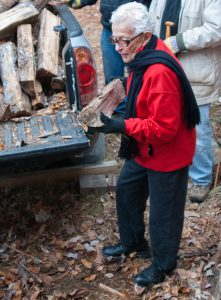 Mom at age 98 helping with the firewood.

The world has changed and there are no longer predators in the prehistoric sense, but the brain still works pretty much the same way.

My mother’s brain – trying to help her “survive” – used the Kindergarten memory to remind her to avoid public speaking.

The research by Fredrickson (2009) with individuals and Julie and John Gottman (2007) with couples point to needing somewhere between 3 to 5 positive statements or experiences to override one negative one.

Imagine if my mother was able to attempt some public speaking by using her prefrontal cortex and support from friends to override the fear that rose from the older parts of her brain that were just trying to protect her from predators. If her attempt were successful and she received praise and encouragement, say three to five times, perhaps her life would have been different.

Siegel, D. (2012). The Developing Mind. How Relationships and the Brain Interact to Shape Who We Are. (Second edition) New York: Guilford Press.